We are pleased to announce that Dr Eleni A. Kyza, Media Cognition and Learning Research Group’s Lead, has been invited to give a presentation at the “Innovations in STEM Education during the Pandemic” online symposium on Friday, 23th of April, 2021.

The online symposium will bring together people and organisations involved in science education and outreach, and it is organized by Native Scientist, Lancaster University, and the University of Tubingen.

The title of the presentation is “Online STEM education for children”.

For more information and registration visit the symposium webpage.

Presentation at the 2nd National Workshop for Media Literacy

We are pleased to announce that Dr Eleni A. Kyza, Media Cognition and Learning Research Group’s Lead, has been invited to give a presentation at the 2nd National Workshop for Media Literacy on “Media literacy, critical thinking and freedom of expression: perspectives and dilemmas”.

The conference is organized by Cyprus Pedagogical Institute and European University Cyprus as part of the EU-funded project “European MediaCoach Initiative -EMCI”. The conference will be held online on Monday 22nd of March, 2021.

You can access the Conference Program here (in greek).

Keynote Speaker at the 5th National Conference “Chemistry in Education”

Dr Eleni A. Kyza, Media Cognition and Learning Research Group’s Lead, has been invited as a keynote speaker at the 5th National Chemistry in Education Conference, entitled “Teaching Chemistry: Timeless and Contemporary Challenges”, which will be held online on Saturday, March 20th, 2021.

The title of Dr Kyza’s keynote presentation is “Pandemic and online learning: Challenges and strategies for activating interest and promoting learning in the modern techno-scape”.

The conference is organized by the Ministry of Education, Culture, Sport and Youth, Cyprus Pedagogical Institute, Cyprus University of Technology, University of Cyprus, Pancyprian Union Of Chemists, Association of Chemistry Teachers (OELMEK).

You can access the Conference Program here (in greek). 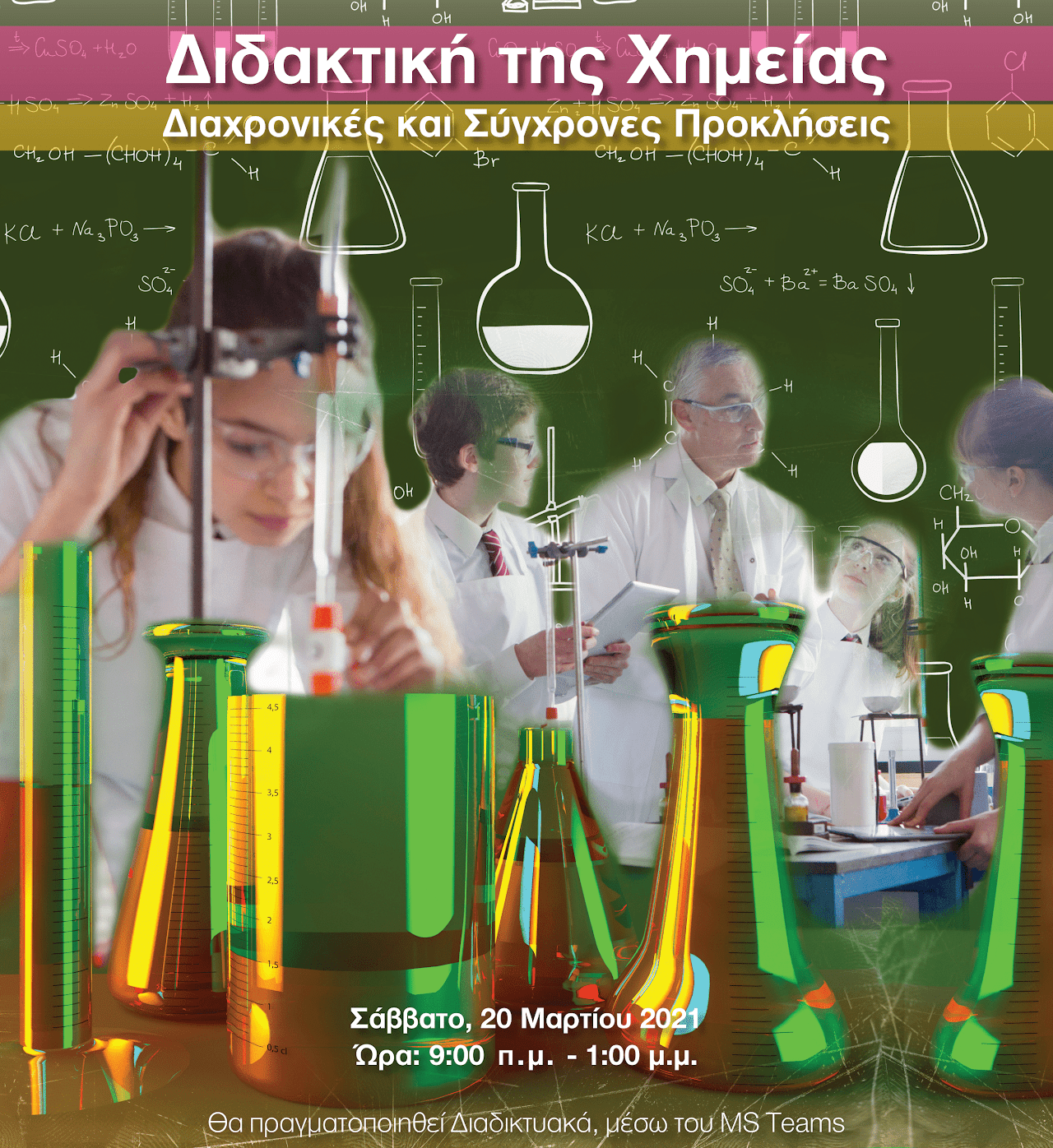 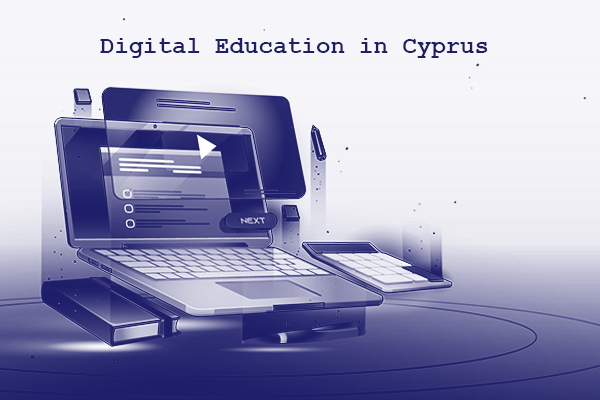 The Cyprus Ministry of Education, Culture, Sports and Youth, in collaboration with the local universities, organized an online conference on “Digital Education in Cyprus“.

Associate Professor Eleni A. Kyza, director of the Media Cognition and Learning Research Group and a member of  the national Advisory Committee on eLearning, contributed to the conference with the presentation entitled: “Effective distance education practices: What does the research tell us?”

With the recent shifts to distance and online learning mandated by emergency pandemic measures, this conference aimed to support and strengthen educational efforts to integrate digital technologies in learning.

Beside the suggestions from members of the Advisory Committee on eLearning, during the conference the Ministry also unveiled the policy for digital technology in education and practices applied in schools were also presented by teachers. The video of the conference and links to the presentations (all in Greek) can be found here.

The Media, Cognition, and Learning (MCL) Research Group successfully carried out the workshop entitled “Internet of Things – Atmospheric Air” during the 4th National Conference “Chemistry in Education” which took place on Saturday, March 16th, 2019, at the University of Cyprus, Nicosia.

The workshop was attended by secondary school chemistry teachers, who had the opportunity to learn about the learning module “Applications of the Internet of Things in Education: The Relationship of pollutants with the quality of the air”. The driving question of this learning module has students engaging in IOT-related, inquiry learning activities using mobile devices. The workshop leaders shared their experiences from the pilot implementations of the module with 35 high school students. The learning module was collaboratively developed by members of the MCL group and the IoT Lab both at the Department of Communication and Internet Studies.  The learning module represents an innovative effort to introduce IOT technologies into science teaching, and chemistry education in particular.

If you are interested in implementing the learning module “Internet of Things – Atmospheric Air” in your class, you can have access the learning materials by contact us!

The Media, Cognition, and Learning (MCL) Research Group had  a strong presence during the EARLI SIG 20-26 Conference at Jerusalem, held between 9-12 of October 2018.  In particular, the conference was attended by Associate Professor Eleni A. Kyza (Coordinator of the MCL research group, Secretary/Treasurer of the EARLI organization), Dr. Yiannis Georgiou (Ph.D. graduate of MCL and JURE coordinator of the EARLI SIG 20), as well as by Mr. Markos Souropetsis and Ms. Andria Agesilaou (doctoral students in MCL).

The coordinator of the MCL research group, Dr. Eleni Kyza, who was invited as a keynote speaker,  delivered an inspiring talk entitled “Transforming learning and teaching through inquiry for responsible citizenship”. Her keynote presentation triggered an interesting conversation between the conference participants about citizenship education, the role of learning technologies and designed learning environments, and the contribution of inquiry-based pedagogy to cultivating informed, responsible citizens.

Dr. Yiannis Georgiou gave a paper presentation on how inquiry-based Augmented Reality (AR) field investigations can be enhanced with physical objects, and thus contribute to students’ increased immersion and subsequent learning. This work was a follow-up study, based on his doctoral dissertation findings on immersion in relation students’ learning in AR location-based settings. Finally,  Mr. Markos Souropetsis delivered a poster presentation sharing some preliminary findings from his ongoing Ph.D. research. In particular, Markos’ Ph.D. research is focused on the investigation of upper elementary school students’ co-construction of knowledge in non-formal learning contexts, during the collaborative use of an AR learning environment at a cultural heritage site.

For more information about the MCL presentations and research work contact us! 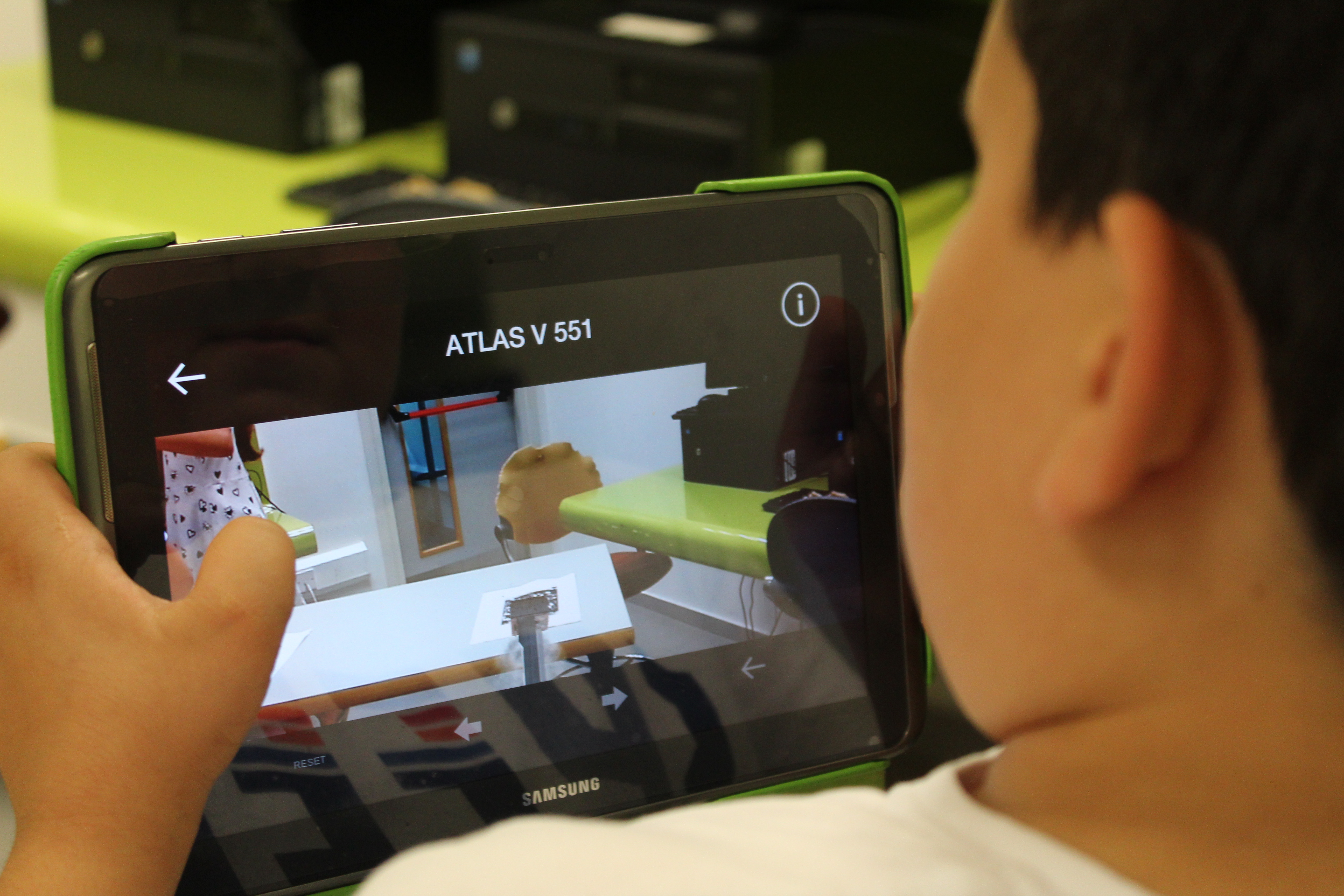 The younger participants (5th & 6th grade)  had the opportunity to: (a) practice their coding skills and develop interactive stories with the Scratch program, (b) participate in the evaluation of a mobile AR learning environment (“CompARe”) which supports a collaborative inquiry learning scenario about a unique 6th century wall mosaic, (c) engage in creative writing activities and challenges.

The activities designed by the MCL group during the summer club, aimed to unleash students’ creativity, develop their collaboration skills, and cultivate a team-working spirit, while also being lots and lots of fun.

Another major goal of the MCL activities, in collaboration with the Internet of Things lab at the Department of Communication and Internet Studies, was to familiarize students with the most trending educational technologies, like augmented reality and the Internet of Things (IoT).  Older students (7th-9th grade) were introduced to the applications of IoT and participated in co-design sessions contributing to the development of an IoT-based mobile application about air quality.

The Media, Cognition and Learning (MCL) research group organized a five-day summer club for primary and secondary school  students from 17-21 July 2017. The overarching goal of the summer club was to provide students the chance to interact with innovative learning technologies.  A total of 30 5th-8th graders participated in the summer club, and were involved in various fun and learning activities, some of which are described below.

Meeting with the Rector of the University: During the first day, the participating students were welcomed by the Rector of the Cyprus University of Technology, Professor Andreas Anayiotos. As part of their visit, the Rector explained to the students how the Cyprus University of Technology operates, and discussed how studying at the undergraduate, postgraduate or doctoral level of CUT works. During  the second part of their visit the students had the opportunity to ask several questions in relation to university studies or to duties and responsibilities of the Rector.

Exploring Augmented Reality (AR) apps: Students explored some of the endless possibilities of Augmented Reality in various thematic areas and interacted with AR apps about the planetary system, famous monuments of the world, space ships and 3D drawing figures. During these activities they had the opportunity to experience the affordances of the AR technologies as an emerging technological field.

A closing party to thank all students for their participation, was organized during the last day of the summer school. The party included pizza, jokes, riddles and songs!

RRI Festival: A public event about RRI in relation to science education at Cyprus 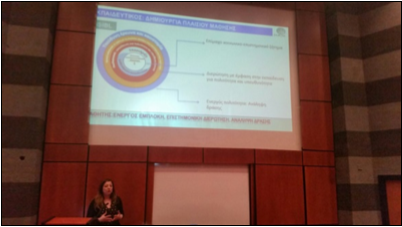 The final part of the event consisted of presentations delivered by science teachers who participated in the three RRI projects; these presentations focused on the teachers’ experiences on the development and implementation of RRI-based modules in their science classrooms. The event concluded with a public discussion allowing the audience to interact with the local RRI project coordinators, as well as with the science teachers who had presented their work. 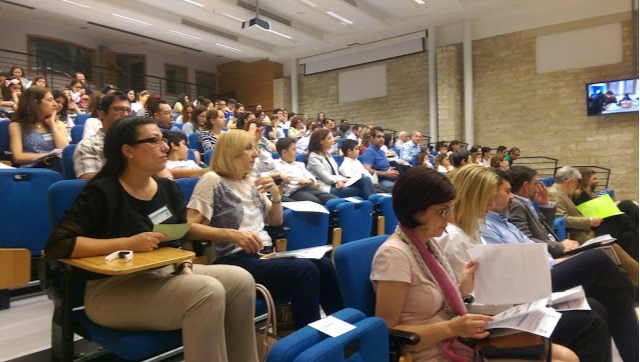 The 2nd round of the PARRISE Cyprus TPD program concluded with a national, public conference, entitled “Responsible Research and Innovation in inquiry-based science learning: The role of education for promoting students’ active citizenship”. The conference took place at the Cyprus University of Technology on May 6th, 2017, from 8:30-13:30. The aim of the conference was to give the opportunity to the different science education stakeholders in Cyprus to learn about the PARRISE project and its philosophy, focusing on the PARRISE Cyprus teacher network activities in 2016-2017, and participate in a public discussion about science education in Cyprus.

More than 100 stakeholders responded positively to our invitation and attended the 2nd national PARRISE conference at Cyprus. Participants included policy-makers, academics, school administrators, science education teachers, parents and students. The conference started with welcoming addresses from the Rector of the Cyprus University of Technology, Professor Andreas Anayiotos, and the Chair of the Department of Communication & Internet Studies, Associate Professor Nikos Tsapatsoulis.The local coordinator of the PARRISE Cyprus project, Associate Professor Eleni Kyza, gave an introductory speech presenting the PARRISE Cyprus project. During her presentation, Dr. Kyza highlighted the main actions which were realized during the PARRISE 2016-17 TPD courses, focusing on:

A highlight of the program was the presentation of the SSIBL modules teachers had co-designed and implemented. In addition, students from primary and secondary education schools, who participated in the PARRISE implementations, shared their impressions for the PARRISE SSIBL modules.

During the event, seven posters, prepared by the participating students and teachers, were posted outside the auditorium allowing attendees to learn more about the classroom implementations and giving the opportunity to PARRISE teachers and students to present their work to everyone during the breaks.

The last part of the event consisted of a roundtable discussion, titled “The role of education in the context of Responsible Research and Innovation”. The roundtable discussants were the coordinators of the European programs “Ark of Inquiry”  [Associate Professor at the University of Cyprus, Zacharias Zacharias] and Engage  [Assistant Professor at the University of Nicosia, Maria Evagorou], and representatives from the Ministry of Education and Culture of Cyprus [Giorgos Yiallouridis, Inspector of Primary Education; Chrystalla Koukouma, Chemistry Education Inspector; Dr. AndreasHadjichambis, representative of the Biology Inspector]. The discussion was coordinated by Dr. Eleni A. Kyza. The event concluded with a public discussion allowing the audience to interact with the invited speakers by asking additional questions.